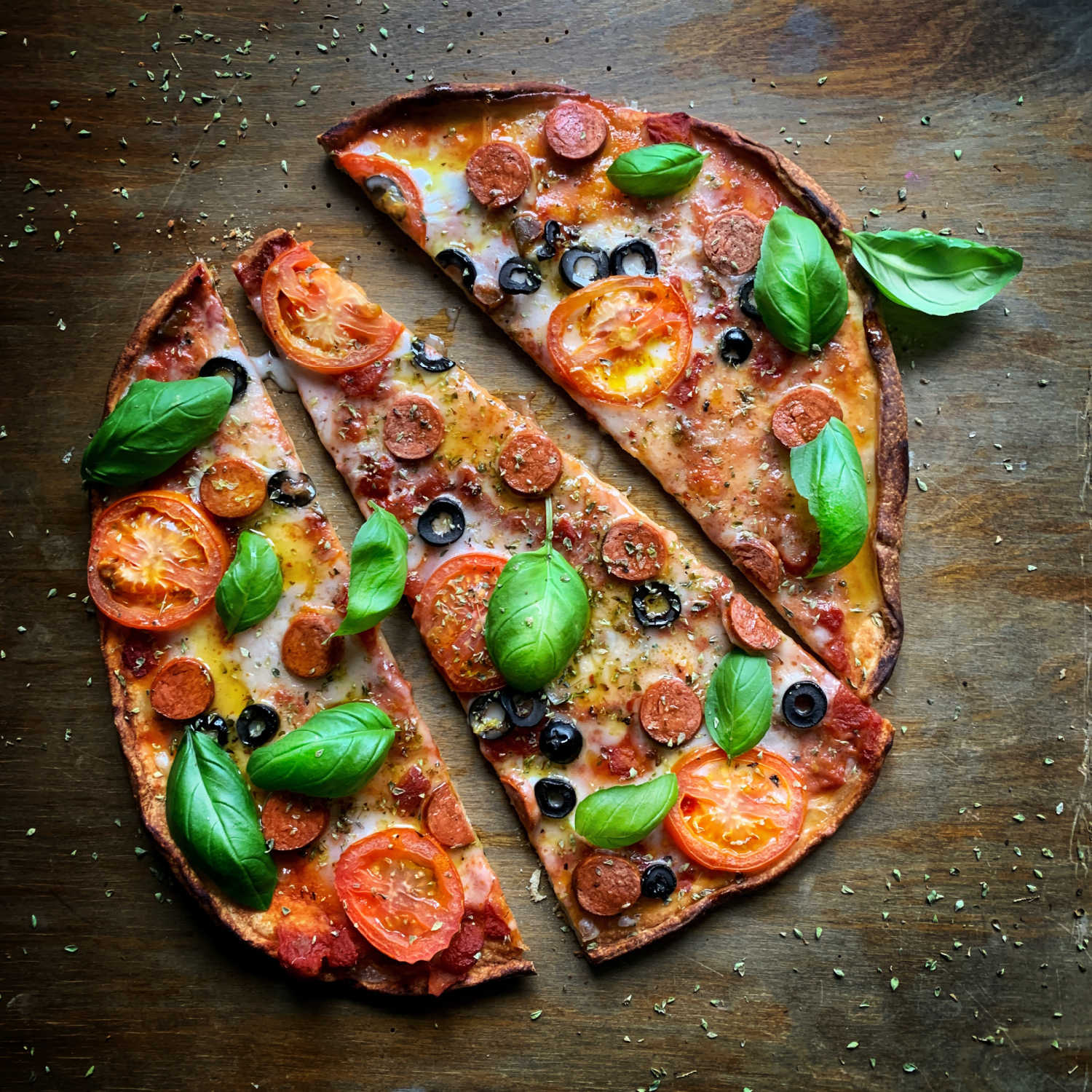 Though flatbreads with toppings were consumed by ancient Egyptians, Romans, and Greeks, the modern birthplace of the pizza is southwestern Italy’s Campania region, home to Naples. Founded around 600 BC as a Greek settlement, Naples in the 1700s and early 1800s was a thriving waterfront city. Technically an independent kingdom, it was notorious for its throngs of working poor, or lazzaroni. These Neapolitans required inexpensive food that could be consumed quickly. Pizza — flatbreads with toppings that can be eaten for every meal — fulfilled this need. These early pizzas featured tasty toppings such as tomatoes, cheese, oil, anchovies, and garlic. More well off Italian authors judged Naples’ innovation, often calling their eating habits disgusting.

In 1861, Italy finally unified, and King Umberto I and Queen Margherita visited Naples in 1889. Legend says that the traveling pair became bored with their steady diet of French cuisine and asked for an assortment of pizzas from the city’s Pizzeria Brandi, founded in 1760. The variety the queen enjoyed the most was called pizza mozzarella, a pie topped with the soft white cheese, red tomatoes, and green basil — much resembling the Italian flag. Since then, this particular choice of toppings has been dubbed the Margherita pizza.

However, even with the Queen’s love for the dish, pizza would remain little known in Italy beyond Naples’ borders until the 1940s. Across the sea, immigrants to the United States from Naples were replicating their flatbreads in New York and other American cities. They were coming for factory jobs, but accidentally made a culinary statement. Relatively quickly, the flavors and aromas of pizza began to intrigue non-Neapolitans and non-Italians alike.