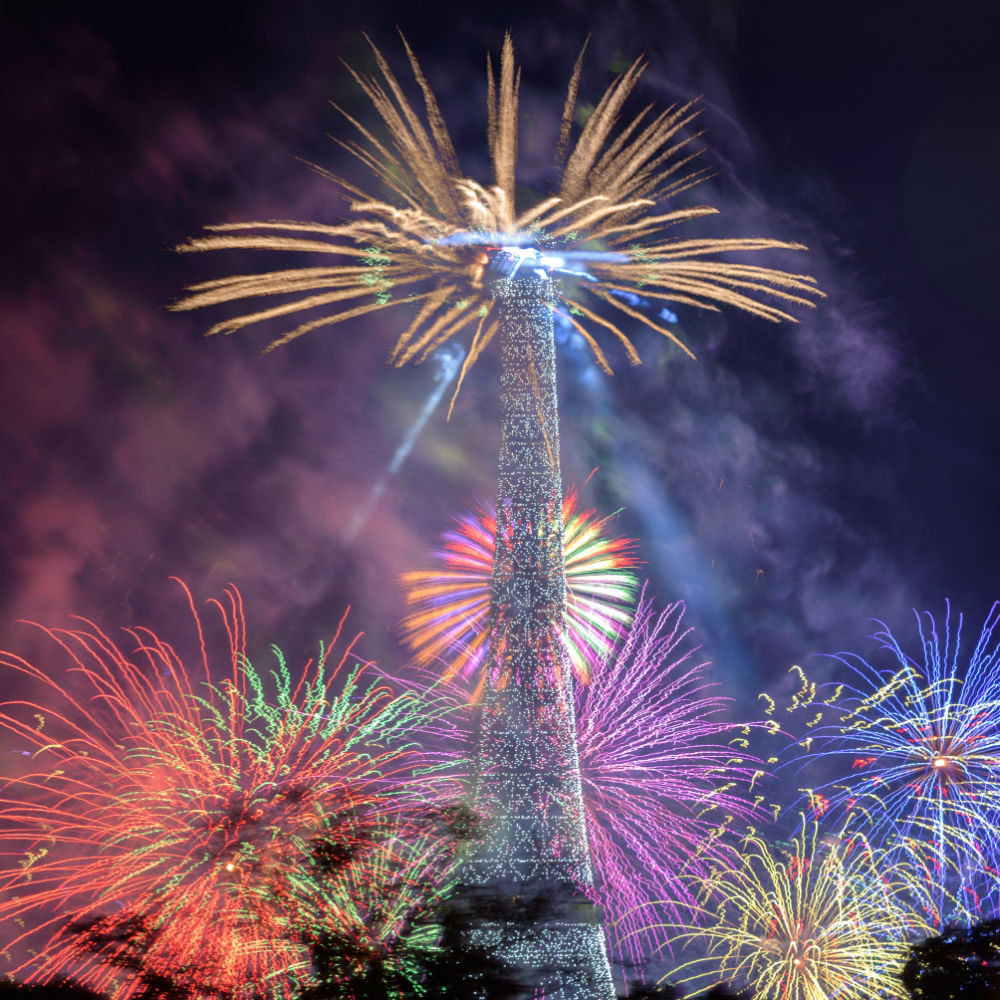 Bastille Day (also known as la Fête nationale) on July 14th commemorates the storming of the Bastille in Paris in 1789. The event sparked already heated times in France, leading to the French Revolution.

All across the country, the French tricolor flag waves during parades, festivals, fireworks, and other celebrations. The Eiffel Tower lights up in the blue, white and red of the country’s flag. The French proudly display motto Liberté, égalité, fraternité (liberty, equality, and fraternity).

Along the Champs-Elysées, the French put on the oldest and largest military parade in Europe for Bastille Day. Of course, it wouldn’t be a celebration or France if the festivities didn’t include delicious food or wine. Picnics in parks and along the rivers, baguettes with the best cheeses and fresh fruit and elaborate dishes all become part of the festivities. The City of Lights comes alive with music, dancing, and singing, too. And it’s all punctuated with the grand finale of fireworks.

The Bastille was a military fortress, a prison, in Paris. It held political dissents during a time when the French monarchy and the country were going through upheaval. Empty coffers after supporting the Americans against the British in their revolution, continued spending by the king, famine, and unemployment created unrest among the population.

The attack on the Bastille came after King Louis XVI had summoned the Estates-General to address the economic crisis. The Estates-General is divided by social class; the clergy forms the 1st Estate, the nobility forms the 2nd Estate, and the commoners form the 3rd Estate. While the 3rd Estate outnumbered the other two, the 1st and 2nd could combine their efforts to overpower the 3rd Estate. Friction followed and led to the commoners forming the National Assembly and demanding a new constitution.

While the king recognized the National Assembly, he also made military maneuvers. When the 3rd Estate attacked the Bastille, the reasons were two-fold – they needed weapons and freeing the political prisoners represented liberty for France.

Although the French celebrated Bastille Day one year after revolutionaries stormed the prison, the day didn’t become an official holiday until 1880.